Are The Jews God’s Chosen People?

Are The Jews God’s Chosen People?

Answer: A lot of people have great difficulty with this question and I want to add one more to the list…

I mean, why does God have a “chosen people” when He does not have “respect of persons,” (Deuteronomy 1:17, Romans 2:11)? Meaning, He does not love one person over another because they are rich, famous or whatever the case may be.

I remember years ago when I had a question similar to yours, what really helped me understand was the book of Genesis. We always need to establish a foundation, no matter what in order to have a firm understanding of a subject. Genesis is the place to go, it is the beginning.

Genesis 17:4
4 “As for me, behold, my covenant is with thee, and thou shalt be a father of many nations.”

These are the words of our Heavenly Father who was speaking to Abram, whose name was about to be changed to Abraham.

Hold that thought for a moment.

Genesis 17:5
5 “Neither shall thy name any more be called Abram, but thy name shall be Abraham; for a father of many nations have I made thee.”

Here we have the name change and once again God says, Abraham will be a father of “many nations“.

Now right away we have a major, major problem with current events and popular Bible teachings if we believe either the Palestinians or Jews (as in Judaism) are God’s “chosen people“. God told us twice, Abraham’s children would become “many nations,” not one.

God repeats it now for the third time in just as many verses.

Abraham’s children would be “exceeding fruitful“, that means blessed. They would become “many nations” with “kings“. So we all understand, a king rules a dominion, so we are talking about kingdoms which we call “nations” today.

So again, three times for emphasis and from God’s own mouth, He has established a covenant of blessings for Abraham and his children.

Now God is not a liar, He cannot break His own law, (Titus 1:2, Numbers 23:19). That means this everlasting covenant is true, even to this very day and applies to the descendants of Abraham, those who would become “many nations” and “kings,” those who would be ‘exceedingly blessed‘.

We are now going to turn our Bible to Genesis 22.

We will start our reading with verse 15, but before we turn there we need to gain context. I encourage you to read the chapter for yourself, start from the top, it is very important.

God made this covenant with Abraham as he earned it, in this chapter you will learn why. This is the chapter where God required Abraham to make a “burnt offering“, that “offering” was to be Abraham’s only son named Issac.

This was a tremendous request by God, how could one sacrifice their only son?

Jesus Christ, our Father’s only Son and His Sacrifice should begin to pour over your mind.

As Abraham was about to sacrifice his only son, Issac on the altar, God stopped him and instead provided Abraham with a ram. God never had any intention or desire to see Abraham kill his own child. God simply wanted to see how loyal Abraham was while providing us with an example of His own Son’s future Sacrifice.

We will now turn our Bible to,

16 “And said, By myself have I sworn, saith the LORD, for because thou hast done this thing, and hast not withheld thy son, thine only son:”

17 “That in blessing I will bless thee, and in multiplying I will multiply thy seed as the stars of the heaven, and as the sand which is upon the sea shore; and thy seed shall possess the gate of his enemies;”

Due to Abraham’s unbending faith in God, our Father provided extra blessings in this everlasting covenant. We are told that Abraham’s children, through Issac would be as numerous “as the stars of the heaven and as the sand which is upon the sea shore“.

God is telling us, from His own mouth, this everlasting covenant with Abraham means Abraham’s children were going to be very, very numerous and they would also “possess the gate of their enemies“.

Do the Palestinians or Jews fit that example?

Are they as numerous as the stars of heaven or the sand by the sea.

Do they possess the gate of their enemy? Meaning, do they control their enemies moves?

Genesis 22:18
18 “And in thy seed shall all the nations of the earth be blessed; because thou hast obeyed my voice.”

Remember, these are God’s own words.

Do the Palestinians or Jews fit that example?

The simple answer is no, they do not.

The Palestinians are an impoverished people, extremely poor and without a nation of their own. They do not control the gate of their enemy, neither are they a blessing to the world.

The Jews are not “many nations” and “kings” as God told us Abraham’s family would be. They do not ‘control the gate of their enemy‘. Instead, their enemy is constantly attacking them from various angles. They are not ‘exceedingly blessed‘  neither do they ‘bless all nations of the earth‘, they do not provide for other nations or help them in any meaningful way.

Quite the contrary, the United States actually provides Israel with over $4 billion dollars of government aid each year among other donations. If Israel was a blessing, they would provide for other nations, not the other way around.

Forget what someone told you about the topic you asked about. I want you to think for yourself, read those Scriptures and you tell me, do either of those two groups of people fit God’s everlasting covenant with Abraham?

The answer again is no.

I want you to remember that God Himself scattered the Twelve Tribes of Israel for their continued sin. He sent them into captivity and while they later came out of captivity, the people moved around the earth.

The Twelve Tribes of Israel

We now know, Abraham’s son was Issac and the blessings that God laid out would follow him. Issac would later take Rebekah to become his wife and had two sons named Jacob and Esau (Genesis 25:21-26). The blessings from our Father would go to Jacob whose name was later changed to “Israel“, hence why the people are known as “Israelites” (Genesis 35:10).

“Israelites”, simply means, descendants of “Jacob”, whose name was later changed to “Israel”.

The Twelve Tribes were never combined into one tribe, they have always been separate, they even had their own land allotment in the land of Israel. So they are all separate and have always been that way.

In fact, on Jacob’s deathbed he,

…called unto his sons, and said, Gather yourselves together, that I may tell you that which shall befall you in the last days. – Genesis 49:1

Jacob said this to all twelve of his sons and if you continue reading Genesis 49 he specifically speaks to each one of his sons and tells them what will happen to them in the last days, meaning their respective descendants, the Twelve Tribes.

The last days, that is the end times okay?

The days just before and during the Antichrist (false messiah) who is satan.

So we know without a doubt, the Twelve Tribes have all been unique and separate through the years, even through the last days.

This brings us to the “chosen” part of your question.

The Twelve Tribes, all twelve were “chosen” by God for His purpose and that purpose is to spread His Message (Bible) of hope and Salvation to the nations of the world, to be a blessing to the world through those and other righteous works (Romans 8:28, Mark 16:15).

We have a Bible study titled, “The Saints And Their Role In The Tribulation” that will go deeper on this for you. I encourage you to read that study.

As we learned in Genesis 49, the Twelve Sons of Jacob (Israel), the Twelve Tribes would have certain events befall them during the last days. This is critical to understand, not only in order to answer your question, but prophetically.

In Revelation 7, we read about the 144,000 descendants of Jacob who must be Sealed with the Word of God before the last days can truly unfold, before the release of the Four Winds. There you will find the Twelve Sealed Tribes, Judah is among them, but Judah is not the only Tribe. They account for just 12,000 of that total while the other 11 Tribes make up the remaining total.

(Note: Dan was removed and Manasseh inserted in Revelation 7 due to the sin of the tribe of Dan, Judges 18:14-31.)

This is critical to understand.

The 144,000 are not non-believers who are converted in the last hour, they are not people who wake up before the last days. They are the descendants of the Twelve Tribes of Israel (Jacob) who love, honor and respect our Heavenly Father and our Lord and Savior Jesus Christ. It is these descendants who seek out the Scriptures and try to increase their understanding, it is they who were “called” and “chosen” by God to share His Word and be a witness before the entire world during the Tribulation.

That may be a bit heavy for some to understand, just take your time.

Pray about it, study, repeat.

As we learned, God Himself made an everlasting covenant with Abraham. God told us the children of Abraham would:

No single nation fits that bill, that is just common sense.

However, the Christian nations certainly do fit that bill.

I highly encourage you to read “Abrahamic Covenant” which documents the migrations of the Twelve Tribes and explains how they ended up in the lands that are Christian today. It is very interesting and makes sense out of this subject and Scripture overall.

Remember, God’s Word is complete, it is not lacking.

All of the answers are there, we just have to pray about it and read The Book.

Should We Celebrate Christmas?

What Is Spiritual Warfare? 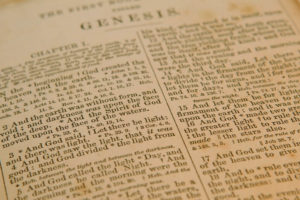 Does Genesis 1:1 Summarize The Seven Days Of Genesis?

What you have stated is actually the most common explanation of Genesis 1. We are going to take this subject a bit further, so you, and everyone else can understand

Can Christians Defend Themselves?

Cast thy burden upon the Lord, and he shall sustain thee: he shall never suffer the righteous to be moved.
Psalm 55:22
Subscribe
Login
6 Comments
Newest
Oldest Most Voted
Inline Feedbacks
View all comments

Thanks, I needed that refresher!

You are very welcome, we thank our Father for His Word and thank you for studying with us.

Excellent study, Brandon! Thank you for answering this question so biblically and concisely! If it is His will, this study should open some eyes!

You all are very welcome, we thank our Father for it.

In response to the question: we are not to curse anybody as per the words of Jesus Christ in Matthew 5: 43-44

43 Ye have heard that it hath been said, Thou shalt love thy neighbour, and hate thine enemy.
44 But I say unto you, Love your enemies, bless them that curse you, do good to them that hate you, and pray for them which despitefully use you, and persecute you;

Also Matthew 10:16
16 Behold, I send you forth as sheep in the midst of wolves: be ye therefore wise as serpents, and harmless as doves.