Is The Five Month Tribulation Between May And September?

Is The Five Month Tribulation Between May And September?

Question: Hi. In relation to 5 mo period. Another time frame for that might be the time of the locust (May-Sept). That would be about a month different than the wonderful study you did for us. Where are the “holes” in the logic for this? Christ then would return at “harvest” and closer to his B-day. What this would do is, 1) not even let Satan have Passover ever (and many won’t understand that anyway), 2) harvest time, 3) locust army, 4) “daily sacrifice” could mean just that “daily” vs passover) where we “daily” have the blood of the lamb 5) and then start May, which is when the 2 basket of figs was set in Jerusalem—which says a lot to that “father”. Holes?

So all of our readers are on the same page, Jesus Christ told us in Matthew 24:22 the time of the Tribulation was shortened from the original seven year period, but He did not say what it was shortened too. However, through careful study of the scriptures, we believe it to be a five month period. You can read more about this in “The Hour of Temptation” which is Chapter 6 of “The Timeline of the Tribulation“.

May through September is the time of the locust. That has nothing to do with the Bible per se, it is just a fact of nature. Locusts reach their maturity level during this time when they are out in full force. The Biblical reference appears in Revelation 9:1-11.

If you have a Companion Bible, reference the notes for verse 5. You will see Dr. Bullinger made reference to the time frame of May through September for the locust and even references Genesis 7:24 as well. That would be the days of Noah, and how long did the floodwaters prevail during that time?

So yes, May through September is a possibility, but I do not feel there is enough documentation to teach it. Whether the time frame of Satan’s appearance is Passover or May makes little difference in the grand scheme of things, we are talking about the difference of roughly four weeks.

I will say, in “The Timing of Satan’s Appearance” (read for the details) which is Chapter 5 of “The Timeline of the Tribulation,” we provide several different historical examples and other references for the time of Passover for Satan’s appearance. Then add what Christ Himself told us in John 12.

You are correct, most people would not understand Satan appearing on Passover, but you will.

“But of the times and the seasons, brethren, ye have no need that I write unto you. For yourselves know perfectly that the day of the Lord so cometh as a thief in the night. But ye, brethren, are not in darkness, that that day should overtake you as a thief. Ye are all the children of light, and the children of the day: we are not of the night, nor of darkness.” –  1 Thessalonians 5:1-2, 4-5

We are not in darkness, the Return of Christ will not overtake us as a thief as we have already been warned what will transpire before His Return. I want you to remember what Christ said five days before Passover in John 12 concerning the “voice from Heaven“, “this voice came not because of me, but for your sakes“.

For those who were walking with and listening to Christ. We walk and listen to Christ, so that message is for us today.

You also mentioned the baskets of figs which many believe were symbolically set out May 14th 1948 when the nation named Israel was founded as a nation. We know Christ told us the generation of the fig tree would not pass until all prophecy has been fulfilled. I have to caution, the generation could have started in 1967 when Israel captured Jerusalem. Further, the generation could be 120 years instead of 70 and even then, the number is not exact. When Christ told us “this generation shall not pass, till all these things be fulfilled,” He did not mean exactly 40, 70 or 120 years from the planting of the fig tree, (Matthew 24:34).

I know that takes some of the excitement out of it, but this is not about emotions and making people feel good. This is about telling you and everyone else the Truth and all of the possibilities. Too many people love to say the end is going to happen this day or that day and it sets people up for a major loss of faith and there is no reason for it.

I have said it many times and I am going to say it again.

This is not the year for the Return of Christ. I do believe we are rapidly closing in on His Return, but we must always remember, we are on His time and “one day is with the Lord as a thousand years” to us, (2 Peter 3:10).

Think about that for a moment and think about the events unfolding in our world. We may very well be the generation that “shall see these things come to pass” which means “the kingdom of God is nigh at hand,” (Matthew 24:6, Luke 21:31).

What an amazing thought, even so, I must urge caution. Our mission is to continue to stand for God in these last days, to continue to build and refine our Gospel Armor and help others strap it on with each and every passing day, (see: The Oil Of The Ten Virgins).

No one knows the day or hour, however, we do have prophecy that remains to be fulfilled, that is why I can confidently say, this is not the year.

PrevPreviousWhy Do We Say Jesus Christ Instead Of Yeshua?
NextWill The Antichrist Shut Off Communication That Speaks Against Him?Next

Can We Correct False Teaching In Church? 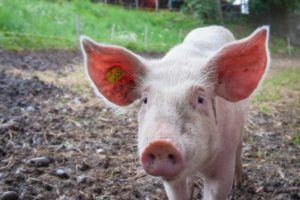 God told us not to eat pork in Leviticus 11, and in Isaiah 65 God said those who eat pork are like smoke in His nose. God never changed that 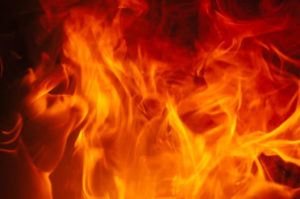 Jesus told us sinners are not tormented forever. Rather, their soul is “destroyed” which means cease to exist. This occurs at the end of the Millennium.

Who Are The Hebrews, And Where Did They Come From?

Can’t wait til PRECIOUS Jesus comes back!! I’m SO. READY! Tired of the evil everywhere. Heaven is where we can be with REAL PRECIOUS TRUE SOULS. AMEN!

Thanks Pamela. I hear you, keeping looking though and you will find some of those souls here and you will not have to wait! Have a great evening.

thank-you, and yes it could go 120—in that case, I will not make it! We shall watch the signs and the transpiring of the prophetic happenings.

Very welcome Linda. One way or the other we will be back with Him. It is doubtful it will stretch out that far, but caution is good.