Who Are The Hebrews, And Where Did They Come From?

Answer: Thank you for the question Rochelle.

What Does Hebrew Mean?

The word Hebrew first appears in Genesis 14:13 where “Abram” was called “the Hebrew”. “Abram’s” name would later be changed by God to “Abraham” who became the father of the Twelve Tribes of Israel, (Genesis 17:5).

The word “Hebrew” in your Strong’s Concordance means,

an Eberite (that is, Hebrew) or descendant of Eber: – Hebrew (-ess, woman).

The word Hebrew means a descendant of Eber, but it also identifies where the Hebrews came from. The Bible tells us Eber was the son of Shem who was the son of Noah, (Genesis 10:1, 11:11-26). If we continued tracing the family lineage it would take us to Adam and Eve. The family God chose to use in order to spread His Word to the world, (Genesis 5:1-29).

The word Hebrew also identifies the people who later became known as the Israelites, (Twelve Tribes of Israel). The Israelites are the descendants of Jacob whose name was changed by God to Israel, (Genesis 32:28). Of course, Jacob is the son of Issac who was the son of Abraham, and through Jacob would come the Everlasting Promise God made to Abraham, (Genesis 22:17-18).

Where Did The Hebrews Come From?

Now the origin of the word “Hebrew” does not stop with the definition we found above. You will notice the word Hebrew comes from Strong’s word H5677, which comes from H5676 meaning,

From H5674; properly a region across; but used only adverbially (with or without a preposition) on the opposite side (especially of the Jordan; usually meaning the east): –    X against, beyond, by, X from, over, passage, quarter, (other, this) side, straight.

We can clearly see, the word Hebrew has a much deeper meaning, and references a geographical location or direction from where the Hebrews migrated from. So not only does Hebrew mean a descendant of Eber, but it identifies a people who came from “the east” and “crossed over” from the “other side“.

The Hebrews crossed over from where?

Joshua 24:2-3
2 “And Joshua said unto all the people, Thus saith the LORD God of Israel, Your fathers dwelt on the other side of the flood in old time, even Terah, the father of Abraham, and the father of Nachor: and they served other gods.”

3 “And I took your father Abraham from the other side of the flood, and led him throughout all the land of Canaan, and multiplied his seed, and gave him Isaac.”

So before Joshua and the Israelites crossed the Jordan River, Abraham crossed it.

We now know, the Hebrews came from ‘the east crossing over’ from the “other side” of the Euphrates River. Since Abraham was a descendant of Noah, and Noah’s Ark landed on the Mountains of Ararat which is east of the Euphrates, this comes as no surprise, (Genesis 8:4). 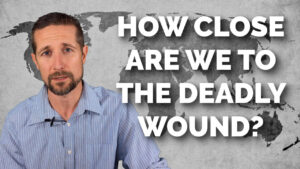 Prophecy
How Close Are We To The Deadly Wound?

Works & Rewards
Do I Produce Fruit When I Teach My Children About God? 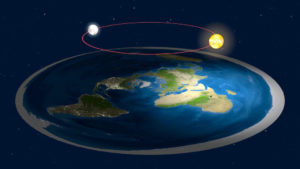 Science
Does The Bible Say The Earth Is Flat?

Death
Do People Go To Heaven When They Die?
Study to shew thyself approved unto God, a workman that needeth not to be ashamed, rightly dividing the word of truth.
2 Timothy 2:15
Leave A Comment
Subscribe
Login
0 Comments
Inline Feedbacks
View all comments
wpDiscuz
Share this ArticleLike this article? Email it to a friend!
Email sent!