How Did The Animals Fit On Noah’s Ark?

When we consider the possibility of Noah’s Flood being global, many questions arise. We begin to wonder, how did all of the animals fit on Noah’s Ark? Common sense tells us, it is not possible to bring every species of animal, insect, microbe and plant on Noah’s Ark to spare them from a global flood.

More importantly, God only asked Noah to bring land based animals on the Ark, so how could all life not only survive, but re-establish itself across the earth after a global flood?

These thoughts and questions let us know there is more to this account from God’s Word that we must understand. Our Heavenly Father expects us to use the Bible to navigate our way to truth, but He also expects us to use our mind to think for ourself and come to logical conclusions using the Bible and the world around us.

How Many Species Are There On Earth?

TABLE OF CONTENTS
How Did The Animals Fit On Noah’s Ark?

It is estimated there are 8.7 million different species on earth including; animals, insects and plants. Of these, it is estimated 80% of them live on land. According to scientists, we are barely scratching the surface with respect to the discovery of species on our planet. New species are constantly being discovered, especially in the jungles and oceans.

This is important to understand, if someone accepts a global flood into their belief system. For every new species that is found, it means they must have been on Noah’s Ark in a global flood scenario.

According to estimates produced by young earth creationists, they believe 98% of the earth’s species can be thrown out of the equation as they are; fish, invertebrates, and non-animals like plants and bacteria. Marine life is thrown out by simply stating, they could have survived a global flood in “water layers”.

We briefly discuss this in our documentary, “The Ark Encounter Is A False Teaching” and further discussion can be found in our Bible study, “How Did Fresh And Saltwater Fish Survive Noah’s Flood?“. Regardless, this does not account for plant and microbial life that exists today, how did it get here?

Even though there are over 40,000 vertebrate species in existence, young earth creationists believe this number is only 34,000 species. Further, teachers of a global flood believe their 34,000 number can be reduced down to just 1,398 different “kinds” of animals that were on Noah’s Ark. This is due to evolutionary principles they combine and weave into the Word of God.

God Said, Bring The Animals On The Ark “After Their Kind”

As Scripture explains, the animals that boarded the Ark were brought to Noah by God, (Genesis 6:20). This was a miraculous event performed by our Father, but what exactly was on the Ark?

Genesis 6:19
19 “And of every living thing of all flesh, two of every sort shalt thou bring into the ark, to keep them alive with thee; they shall be male and female.”

The word “sort” is not found in the ancient text, it has been added to help the sentence flow in the English language.

God told Noah to bring every living thing of all flesh on the Ark.

Do insects and microbial life fit into that category?

I would not consider either of them to be flesh, Noah certainly did not have microbes on the Ark.

God certainly did not forget about them.

As we begin to understand, God did not flood the entire earth, only a portion of land, (see: Was Noah’s Flood Global?).

Why did God leave out marine animals, did He forget about them?

So we now must ask, how did fresh and saltwater marine life survive if there was a global flood? (see: How Did Fresh And Saltwater Fish Survive Noah’s Flood?)

While you think about that, I want you to take note of the word “kind” in this verse.

“Kind” is a broader category than species, and usually includes many species, (see: Did The Animals Evolve After Noah’s Flood? in The Ark Encounter Is A False Teaching)

That is a misrepresentation of the Bible and an outright lie.

Please open your Strong’s Concordance and reference the word “kind” (Strong’s: H4327) as used in Genesis 6:20.

From an unused root meaning to portion out; a sort, that is, species: – kind. Compare H4480.

In no way shape or form can we say “kind” is a “broader category” and “usually includes many species”. That is a gross distortion of the Bible and stems from the need to explain how all of the animals could fit on Noah’s Ark, if a global flood occurred.

With their newfound “definition” they explain Noah only needed 6,744 total animals from 1,398 “kinds” and with those animals the entire earth was repopulated as we know it today.

That is not what the Bible documents.

Unfortunately, this distortion of God’s Word becomes worse and it invokes something known as “Christian Science”.

“An animal kind or baramin is a group of related animals not related to any other animals”.

This is where evolution is introduced by young earth creationists with a slight twist, this is the method they use to reduce the number of animal species from 40,000 down to just 1,398 “kinds” on Noah’s Ark.

With this logic and something known as “baraminology”, they explain,

Coyotes, wolves, dingoes and domestic dogs can generally interbreed. Thus, they can be “lumped” into the same kind. So Noah just needed two of the dog kind on the Ark.

Meaning, a single male and female dog evolved into the various dog breeds of today, including all coyotes, wolves and dingoes.

To use their words with respect to bears,

The various bears of the world belong to the same kind. The two bears on the Ark were the ancestors of the many bears in the world today, including polar bears.

They use this logic for every species of animal.

This logic is used to explain how just 1,398 “kinds” of vertebrates (totaling 6,744 animals on the Ark) literally evolved into over 40,000 different and unique vertebrate species we have on earth today.

Note: Their conclusions and calculations leave out marine, plant, insect and microbe life which must be addressed since they exist today.

Evolutionary principles are being taught by Bible teachers and “Christian Scientists” telling you it is Biblical. This “model” is not only used to explain Noah’s Flood, but to explain the earth being 6,000 years in age which is not Biblical either, (see: Is The Earth 6,000 Years Old?).

“Changes within kinds are the result of design features.”

Where in the Bible are these “design features” mentioned?

They are never mentioned, they are lying to the people. They are blatantly using the concept of evolution to support their theory.

Their thoughts and beliefs are not Biblically based. Nowhere in the Bible can we find God creating animals with evolution in mind. When God was done creating mankind and the animals on the Sixth Day, He said, “it was very good”, (Genesis 1:31). There is no room to believe or insert that God allowed His Creation to evolve into new species.

Further, if this premise were true, the creatures on earth, including mankind would still be changing today, certainly over a short 4,000 year period of time since the flood of Noah.

Yet, we do not see that, we do not see new races of people, we do not see new “kinds” of horses or bears. We only find the “species” that have existed since God created them. We even have “living fossils” that prove evolution is a fabrication of man, a new religion in order to explain existence itself, when it is explained in the Word of God for those who want to understand.

Young earth creationists have simply stolen a page from the evolutionary handbook and have presented it as Biblical fact in order to teach their doctrine.

The Details In The Numbers

For just a moment, let us consider 6,744 animals on Noah’s Ark, let us further consider the implications of that belief.

This means Noah and his family of just eight total people were able to feed, water, and maintain 6,744 different animals. They were able to clean up their urine and feces daily in order to avoid disease, all while providing for themselves as well.

This does not factor in marine, plant, insect and microbial life, which were not required on Noah’s Ark. This in of itself documents, Noah’s Flood was not global.

Otherwise, how did life not only survive the flood, but come to exist on the continents of the world today? 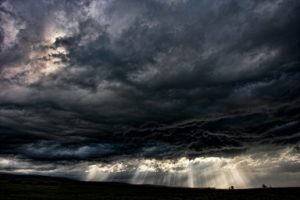 Saints & Election
The Saints And Their Role In The Tribulation

Tribulation
The Lesson of Pentecost Day 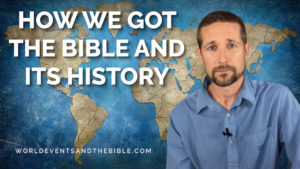 Bible
How We Got The Bible And Its History 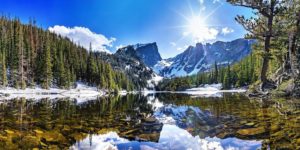 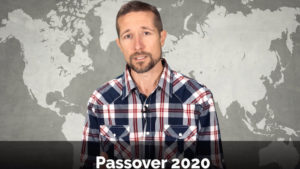 Passover 2020
Study to shew thyself approved unto God, a workman that needeth not to be ashamed, rightly dividing the word of truth.
2 Timothy 2:15
Share this ArticleLike this article? Email it to a friend!
Email sent!