How We Got The Bible And Its History

How We Got The Bible And Its History

In this video, we are going to discuss how we got the Bible and its history. This is a great topic for all Christians. We are going to talk about manuscripts, English Bible History which includes the roots of the King James Bible. Join us, it’s going to be a good time!

We only covered a small sample of the available Biblical manuscripts in the video, there are literally over 20,000 manuscripts in existence! Some of those being the Massoretic Text in the form of the Aleppo Codex, and Leningrad Codex. These books date back to the 9th century A.D.

This is the first video in our series that includes; How To Study The Bible, and How To Use Bible Study Tools.

Codex Sinaiticus is a treasure beyond price. Produced in the middle of the 4th century, the Codex is one of the two earliest Christian Bibles. (The other is Codex Vaticanus in Rome.)

Copied in the 5th century, Codex Alexandrinus is one of the three early Greek manuscripts that preserve both the Old and the New Testaments together.

The Codex Vaticanus is believed to be among the oldest copies of the Greek Bible in existence. It is called so because it is conserved in the Vatican Library. The Codex Vaticanus is a quarto volume which is written in uncial letters of the 4th century, on folios of fine parchment bound in quinterns.

The World That Was, The First Earth Age

Today, many Christians are confounded by the age of the earth. Christians are taught the earth and all of creation is merely six-thousand years old. Yet, this thought is not 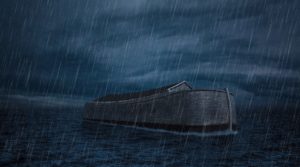 We often wonder what the Tribulation will be like and considering the hour we find ourselves in, this is an extremely important topic. Ecclesiastes 1:9 tells us, “that which is 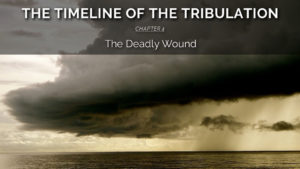 At this point in our study it should be clear that Jerusalem itself is not a horn of power, Israel controls nothing. The children of Satan on the other hand

Audio: The False Hope of the Rapture 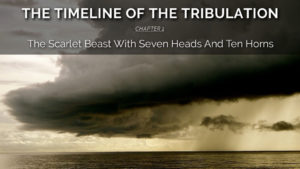 The Scarlet Beast With Seven Heads And Ten Horns

The Scarlet Beast With Seven Heads And Ten Horns in Revelation 13 has caused much confusion for many students of our Father’s Word. Many believe we are waiting on this

Cast thy burden upon the Lord, and he shall sustain thee: he shall never suffer the righteous to be moved.
Psalm 55:22
Subscribe
Login
7 Comments
Newest
Oldest Most Voted
Inline Feedbacks
View all comments

A good friend of mine bought that for me. It’s a very good read! It’s question I’ve ask myself all the time. Especially when I was a new student of The Word. Very informative and easy to read. I haven’t finished yet. I recommend for anyone to order this book. Thanks for the video post, Brandon. God bless!

You asked me about this subject a year or so back. Glad you have the book Mr. G, you will love it to the end.

Very informative. The American Standard is one I use on occasion, with of course the KJV being the main one since you can use it in conjunction with the Strong’s Concordance. I wish the Geneva Bible were available in larger print and in more modern English spelling. It actually predates the KJV and was heavily influenced by Calvin. A copy of the Geneva Bible actually came with the pilgrims on the Mayflower. Excellent study Brandon which hopefully will convince some naysayers as to the Word’s authenticity.

Brandon, what do you think of the ESV Bible?

Thanks for watching Jennifer. See my response to jlsterr05 here.

Brandon, I love the video content you’re starting to do! Have you thought about doing full on bible studies via video or live Q&A’s? Also, what are your thoughts on the ESV? It’s a word for word translation and one that MANY churches under the Reformed theology have adopted. Our church uses it and I’ve done some comparisons with the KJV and they’re similar. Appreciate all your work and wisdom! Thanks,
Jared

Thanks for the feedback, glad to hear it. Check out our initial announcement about videos, we will do Bible study on video. I did not plan on Q&A video, but we have already done some, so I am open to the idea.

As for the ESV, it is a revision of the RSV (1952) which we covered in the video. I have referenced the ESV a few times, it’s in my Bible software, a subject we go into in our third video on this topic, due out in three weeks.

If I recall correctly, I did find a couple of things I did not like about the ESV. However, the majority of the time, I have been satisfied with the translation. I think it can be beneficial.