The Meaning Of The Christian Fish Symbol

The Christian fish symbol means, “Jesus Christ God’s Son Savior”. The fish symbol was no doubt inspired by the true story of Jesus feeding thousands with just five loaves of bread and two fish. Not to mention His Disciples, some of which were fishermen. Yet, the fish’s ties to Christianity go back to the time of Jonah when he was in the whale’s belly.

TABLE OF CONTENTS
The Meaning Of The Christian Fish Symbol

Early Christians created an acronym from these Greek words by taking the first five capital letters which are IXOYE (ΙΧΘΥΣ) that make up the Greek word ichthus (ἰχθύς or ιχθυσ) meaning “fish”.

When you see the Christian Fish Symbol or the words IXOYE, ichthus or ichthys, it means “Jesus Christ God’s Son Savior”.

During the first century, Christians were heavily persecuted making it dangerous to be a follower of Jesus. It is believed the fish symbol was used to identify a fellow Christian.

On a lonely path when two strangers met, one person might draw one of the arcs that make up the fish symbol. If the other party recognized the mark, they would finish the arc completing the fish symbol. This would have been a sure way to identify good company.

The Disciples And Christian Fish Symbol

Matthew 4:18-19
18 “And Jesus, walking by the sea of Galilee, saw two brethren, Simon called Peter, and Andrew his brother, casting a net into the sea: for they were fishers.”

19 “And he saith unto them, Follow me, and I will make you fishers of men.”

While Peter and Andrew were fishermen, we do not know the occupations of the remaining Disciples who later became the Apostles.

Matthew 4:20
20 “And they straightway left their nets, and followed him.”

Peter and Andrew did not ask questions.

Instead, they listened to Christ’s instructions, and that is our example to follow. These ordinary fishermen along with the other Apostles were now converted to fishers of men.

From Christ’s simple statement, “Follow Me,” the Christian fish symbol was born and would forever become an icon of our faith. The fish was tied to other miracles Christ performed, most notably, the five loaves and two fish.

The book of Matthew explains, one evening, Christ was in the desert with a multitude of people that sought to be healed by Him. The Disciples requested Christ send the people away as nightfall was fast approaching, and the people did not have any food to eat.

17 “And they say unto him, We have here but five loaves, and two fishes.”

Matthew 14:21 explains the crowd consisted of five thousand men, not counting the woman and children.

19 “And he commanded the multitude to sit down on the grass, and took the five loaves, and the two fishes, and looking up to heaven, he blessed, and brake, and gave the loaves to his disciples, and the disciples to the multitude.”

Jesus was very orderly here, He had everyone sit down on the grass. Then He looked to our Father to thank Him for the bread and fish, then gave it to His Disciples to feed the multitude.

The point is, our Father will provide, but we must do the work to bring that spiritual nourishment to the people.

Matthew 14:20
20 “And they did all eat, and were filled: and they took up of the fragments that remained twelve baskets full.”

We are talking about a crowd of well over ten thousand souls when we factor in the men, their woman, and children.

This is an amazing miracle, all fed by five loaves of bread and two fish. We should always remember, no matter what circumstances we find ourselves in “with God all things are possible”, (Matthew 19:26).

Jonah And The Great Fish

It is true, pagans used the fish symbol thousands of years before Christ. History indicates the inhabitants of ancient Mesopotamia, specifically during the time of Jonah believed in Dagon the fish god.

Is it any wonder then that our Father caused Jonah to be swallowed by the “great fish” He created, (Jonah 1:17)?

As Scripture explains, Jonah was expelled onto the shore by this “great fish” where fish god worshippers witnessed the miracle. To them, it would have been a confirmation that Jonah was quite literally sent from God.

Jonah 3:1-10 will explain Jonah went to Nineveh and immediately there was a complete conversion in the great city which was the largest in Assyria. This conversion included the king who made a decree that all should depart from their evil ways and turn to our Father in Heaven.

Pagan fish god worshippers would not have converted so quickly unless they were convinced by the miracle of Jonah that was prepared by God.

Yet, the account of Jonah goes far deeper than this.

Jonah passed away in the “great fish’s” belly that was prepared by our Father.

Jonah 2:6
6 “I went down to the bottoms of the mountains; the earth with her bars was about me for ever: yet hast thou brought up my life from corruption, O LORD my God.”

Jonah is telling us he drown in the sea.

Our Father prepared this “great fish” to swallow Jonah’s body in order to bring him to shore.

This word “corruption” (Strong’s: H7845) means, “destruction, ditch, grave, pit.” Jonah had indeed passed on for three days, and after those three days, our Father brought him back to life.

Christ would document this fact in a conversation He had with the Pharisees.

Matthew 12:39
39 “But he answered and said unto them, An evil and adulterous generation seeketh after a sign; and there shall no sign be given to it, but the sign of the prophet Jonas:”

Christ just stated, He will be in the heart of the earth for three days and three nights, just as Jonah was in the whale’s belly.

Every Christian knows Christ’s flesh body perished, and was placed in the tomb for those three days.

Jesus documented, He will perish for three days just as Jonah did.

Matthew 12:41
41 “The men of Nineveh shall rise in judgment with this generation, and shall condemn it: because they repented at the preaching of Jonas; and, behold, a greater than Jonas is here.”

Notice, Jesus also documents for us the men of Nineveh repented. They immediately repented after they witnessed Jonah being expelled from the mouth of the “great fish” onto the shore. What a miracle that must have been to witness.

An Example For Us

Long ago God planned the account of Jonah and the fish, and tied it to Jesus long before the events ever transpired.

While many think Jonah was a coward and ran from God, nothing could be further from the truth. Jonah was chosen by our Father for a purpose, yet he was willing to sacrifice his life and soul to save his own people.

We should understand it was prophesied long ago Nineveh (Assyria) would destroy Jonah’s people and take them captive. So the last thing he wanted to do was save Nineveh, however, disobeying God can bring forward the destruction of one’s soul.

In the end, Jonah did exactly what God had instructed Him, and truthfully, it was God who led Jonah down the road he traveled all along.

Whether or not we realize it, God’s way is the right way, even if we do not understand it at the time.

I hope this Bible study has provided you with deeper insight into the history and origins of the Christian fish symbol. We can see the fish has not only been a part of Christianity since the time of Christ, but the foundation was set long ago.

PrevPreviousThe Fall Of Satan
NextPreparing Our Households For The TribulationNext

Have you asked yourself: “Are the traditions of Easter Biblical? Why is the Resurrection of Jesus Christ called Easter? Are Easter rabbits and eggs mentioned in the Bible?”  It will shock most Christians 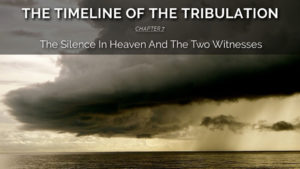 The Silence In Heaven And The Two Witnesses

In our Bible study “The Hour Of Temptation” we discussed the Tribulation of Satan, his time on earth which is the final week of the seventy weeks in the book of

There were Ten Plagues in Egypt during the time of Moses. It is comforting to understand the Ten Plagues of Egypt were directed at “The Land of Egypt,” not “The 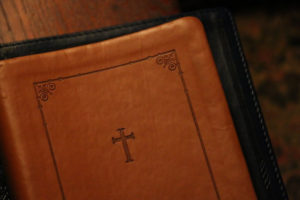 The Bible is the Textbook of Life

As children we went to school each and every day to learn about life and the ways of the world. We spent hours in class after class only to come 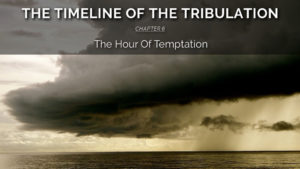 The Hour Of Temptation

In Chapter 5 we discussed “The Timing of Satan’s Appearance” and provided scriptural documentation as to when we might expect to see Satan cast from Heaven to earth. In Chapter

Just found this page today and have been scanning through the stories. Very well written and enlightening. Thank you for the lessons and insight, and thank God for leading me to a new place of learning and spiritual guidance.

Brandon, Thank you so much for this light of true information, as I, since being a little child thought that Jonah was running from God and the only message taught was that of ‘you can not run from the Father’. Now with documentation of God’s Truth will I be able to open His Word and show my grandchildren the whole truth of the story of Jonah in relation to Christ Jesus, Son of God, Messiah who came to save the whole world. Thank you for bringing us what is more to Jonah and for your love of God’s Word in Truth and for this life saving site of God’s direction. God Bless.

You are very welcome.

Thanks so much for sharing! I truly appreciate it! As usual!

My family and I are currently on vacation with relatives in the West Indies! But I do check the site for all these goodies..though I try to keep away from my PC and other communication tech while I’m visiting! Special time…special Season…this very month…on December 25th…the day that God joined us in the flesh…as you very well know!

Relatives would much prefer my undivided attention though! A lot to catch up on! I’ll try my best! However, they are quite aware that *God / Christ* is First and Foremost…and you share your gift which has been given you to do the work of the LORD! So……..

Will be sharing this site with whomever will…during my visit as well! May they all share in its Goodness!

Early Merry Christmas to you and your family ‘B’!

Will take a peak at this very *blessed* and *informative* website as often as I can! Should be back home for the New Year!

May God continue to lead, guide, direct, bless and keep you and *all* my brothers and sisters in Christ!

Thank you very much and enjoy your vacation and time with your family!

Fantastic study. Thanks for sharing and thanks for this website, which is a huge resource for all of us.