It is commonly believed Noah’s Flood was global, but is that really what the Bible reveals? In order to answer that question, we must rightly divide the Word of God, we must understand the implications of a global flood, both Biblically and what it would have meant for our world. God’s Word is not a Book of fables, but a Book filled with truth, a Book that concerns nature, history and in some cases scientific fact.

Before we start our Bible study, let us ask our Father for wisdom and understanding of His Word, in Jesus Name amen.

Noah’s Flood is commonly believed to have been global due to the use of the word “earth” to explain the location of the flood. However, other verses in the Bible contradict a global flood belief, Genesis 7:22 is one of those verses which we will cover shortly.

Since we know there are no contradictions in the Bible, we are going to begin by reading what God Himself called the “earth” to better understand the meaning of the word.

Genesis 1:10
And God called the dry land Earth; and the gathering together of the waters called he Seas: and God saw that it was good.

The land our Father made appear from under the water became “dry land” which God called “earth” (Genesis 1:9-10).

God was simply stating, the “land” above the water which is naturally “dry land” was “earth”. He did not use the word “earth” to reference the entire globe as we commonly do.

In order to properly understand and identify the meaning of “dry” and “earth”, we are going to look at these words in the Hebrew language.  The word “dry” is H3004 in your Strong’s Concordance and it means,

So we need to be careful and understand the meaning of a word to ensure it has been properly translated within the context of the subject we are reading about.

As Scripture simply stated, “God called the dry land earth.” When we read the word “earth”, we are simply talking about “dry land,” the land above the water in most cases.

Noah’s Flood Was In A Dry Desert Land

We are now going to read a few verses concerning Noah’s Flood, and pay close attention to the use of the word “earth” (Strong’s: H776).

Genesis 7:17
And the flood was forty days upon the earth; and the waters increased, and bare up the ark, and it was lift up above the earth.

Does anyone believe Noah’s Ark was lifted above the entire planet?

Noah’s Ark was still on earth, it was simply floating on the water that flooded the “land”.

Genesis 7:21
And all flesh died that moved upon the earth, both of fowl, and of cattle, and of beast, and of every creeping thing that creepeth upon the earth, and every man.

This is one of the main verses that causes people to believe Noah’s Flood was global.

However, I want you to remember what you have learned about the Hebrew word “‘erets” that has been translated as “earth” here. It can mean, ‘all or part of the earth’, “land” or “ground” as a few examples.

We are told, “all flesh died that moved upon the earth”. Hold that thought, and let us read the next verse.

Genesis 7:22
All in whose nostrils was the breath of life, of all that was in the dry land, died.

This verse creates a contradiction with the prior verse if we believe the entire earth was flooded and every creature died. We were just told all flesh “in the dry land died,” not all flesh on the entire earth.

Remember what our Father said in Genesis 1:10, “God called the dry land earth.” Genesis 7:21 is simply saying, the “dry land” (earth) where Noah lived was flooded, and all life in that region died.

The King James translators used the word “earth” in verse 21 so we automatically think the entire planet, but obviously, from reading verse 22 we know that is not the case, all we are talking about is a geographical location that was flooded.

This is a different Hebrew word than the word “dry” we found in Genesis 1:10. Even more interesting is this word means “a dry desert land”.

We are explicitly being told Noah’s Flood occurred in “a dry desert land” where water was scare and floods were uncommon if ever witnessed at all. This makes the flood on the world of the unGodly even more understandable, (2 Peter 2:5). Our Father’s goal was to flood and destroy the unGodly.

Our Heavenly Father completely inundated “a dry desert land” with a massive flood never before witnessed in human history. It was specific and concentrated to the area where Noah lived due to the sin that was taking place there.

We can clearly see, the word “earth” in Genesis 7:21 should have been translated as “land” or “ground”. This removes the idea and possibility of a global flood, and removes the contradiction we found which should not have been in the Bible to begin with.

We are only scratching the surface here.

The Word Earth And Speech Patterns

Always consider the time of Biblical writings, who was talking, what were the circumstances, and what was the subject in order to properly understand what is being discussed. Just because we read the word “earth” does not mean the entire globe flooded, especially when we find contradictions with that statement.

Remember, the Hebrew word “‘erets” is more often than not translated as “land” instead of “earth”.

I also want you to consider how people talk.

In the modern era, you may hear a news report say, ‘California was shaken by a great earthquake’, or ‘South Carolina is suffering major flooding’. That does not mean the entire state of California was shaken, or all of South Carolina flooded. We all know, these phrases simply mean a portion of the state, a portion of land is suffering a catastrophic event, not the entire state.

The Land Dried Out After Noah’s Flood, Not The Earth

Genesis 8:13
And it came to pass in the six hundredth and first year, in the first month, the first day of the month, the waters were dried up from off the earth: and Noah removed the covering of the ark, and looked, and, behold, the face of the ground was dry.

Notice “the ground was dry”.

Genesis 8:14
And in the second month, on the seven and twentieth day of the month, was the earth dried.

These two Scriptures clearly read, “the waters were dried up from off the earth” and “the earth dried”, yet no one believes the earth literally dried out. We can see there are oceans, rivers and lakes today. So we all understand this to mean the flood waters dried, not the earth.

Do you see how our perception of reality shapes our belief of Scripture?

We have to be careful of that and read what is written.

You will note, once again we have the word “earth” (Strong’s: H776), “‘erets” in Hebrew which should have been translated as “land” or “ground”.

The “land” where the flood was “dried,” the “earth” did not dry as it reads in English.

Other Mistranslations Of The Word Earth

Two more short examples of many, please turn with me to,

1 Kings 1:52
And Solomon said, If he will shew himself a worthy man, there shall not an hair of him fall to the earth: but if wickedness shall be found in him, he shall die.

Here is our word “earth” (Strong’s: H776), yet we all know Solomon was simply saying one of his hairs would not “fall to the ground”.

2 Samuel 18:9
And Absalom met the servants of David. And Absalom rode upon a mule, and the mule went under the thick boughs of a great oak, and his head caught hold of the oak, and he was taken up between the heaven and the earth; and the mule that was under him went away.

Once again, we have the word “earth” (Strong’s: H776). We also have the word “heaven” (Strong’s: H8064) which means, “sky, air, heaven” and can reference “the visible arch in which the clouds move, as well as to the higher ether where the celestial bodies revolve”.

Now we all know Absalom was not taken into heaven, space or anywhere else. He was not off of the “earth”, though that is what the Scripture states. In reality, his neck was caught in the branch of an oak tree, so his body was in the “air” off the “ground,” not “between the heaven and the earth”.

Again, our perception tends to shape Scripture in the case of Noah’s Flood, so we have to be careful with that. We are accustomed to believing Noah’s Flood was global as it has been drilled into most of our heads since we were a child, but the Bible does not document that, (see: The World That Was, The First Earth Age). Quite the opposite, and so does the history of the world.

Did Noah’s Flood Form The Earth In Weeks?

If you claim a belief, then I believe you should understand exactly why you hold that belief. I want you to understand what it means if you believe Noah’s Flood was global, that is why we have written numerous Bible studies on the topic to help you understand.

It is also important to understand these same people believe in a young earth, a mere 6,000 year old earth, and state due to Noah’s Flood.

“According to the Bible, dinosaurs, synapsids, birds, and mammals all lived at the same time but in different places. Rising floodwaters devastated wetlands and formed Permian and Triassic rocks and fossils in just weeks or months” – Brian Thomas, Christian science researcher

Do you believe Noah’s Flood caused,

More importantly, do you believe the Bible documents any of those beliefs?

These are the conclusions that are being made by young earth creationists who believe Noah’s Flood was global. I believe you should completely understand what they are teaching before you accept these thoughts and ideas and call them Biblical fact.

Study To Show Yourself Approved Before God

Study to shew thyself approved unto God, a workman that needeth not to be ashamed, rightly dividing the word of truth.

We are to study God’s Word to ensure what we have been taught is accurate, we are to be a Berean. When we rightly divide the Word of God, it means we read and analyze the Scriptures. Just like we did with Genesis 7:21-22 where we found what appeared to be a contradiction.

However, when we properly understand the Biblical text we come to understand Noah’s Flood was not global, but confined to a region, “a dry desert land”. Without studying to show ourselves approved and rightly dividing the Word of God, we never would have uncovered that truth.

You may now begin reading our entire Noah’s Flood Bible study series that dials in on very specific subjects of the Flood. As you read, be as the Bereans who “received the word with all readiness of mind, and searched the scriptures daily, whether those things were so,” (Acts 17:10-11). 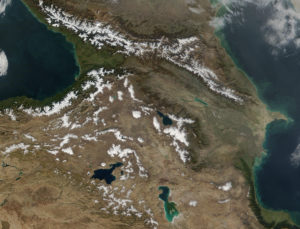 The Flood
Where Was Noah’s Flood? 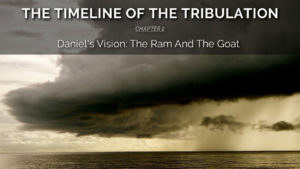 Tribulation
Daniel’s Vision: The Ram And The Goat 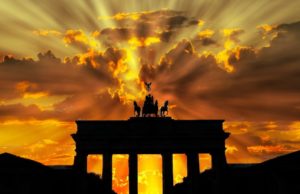 Antichrist
Who Is The Antichrist?

Tribulation
The Lesson of Pentecost Day 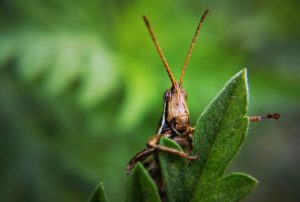 The Flood
How Did Insects And Plants Survive Noah’s Flood?
Study to shew thyself approved unto God, a workman that needeth not to be ashamed, rightly dividing the word of truth.
2 Timothy 2:15
Share this ArticleLike this article? Email it to a friend!
Email sent!