Christianity: Is Your Truth “The Truth”?

How many times have you tried to tell someone something about God’s Word and the people close their ears?

I mean, it sounds just a little different than what they know to be true, so it must be wrong.

Many people have grown up being indoctrinated by mainstream Christianity. Fortunately, some people have come out of the confusion called “denominationalism” and have read the Bible for themselves. With a few good teachers along the way, they were able to “unlearn” some of the false teachings they had been taught over the years.

False teaching they once thought was, “the truth”.

Unfortunately, many of these same people fall right back into the same ship they arrived on.

Just as those now former mainstream Christian beliefs were once “their truth”, they now have a “new truth” that they know to be “true”. They are now convinced their “old truth” was not really “the truth” even though they thought it was “the truth” and now they are certain their “new truth” is “the truth”.

I have seen this whirlwind of nonsense more times than I wish to count. The same ol mantra continues, they say to themselves,

‘I am right and they are wrong’.

Their truth is not “the truth”, but “my truth” is.

Do you see the cycle of confusion some go through here?

Then someone comes along and tries to share the Word with them and what do they say to themselves?

It sounds just a little different than “my truth”, so it must be wrong.

Over and over it repeats…

So what is the moral of the story here?

As Christians, we need to be more like the Bereans.

Acts 17:11
11 “These were more noble than those in Thessalonica, in that they received the word with all readiness of mind, and searched the scriptures daily, whether those things were so.”

When we study our Father’s Word we should never close our mind or ears. We always need to have “all readiness of mind“ and we must ‘search the Scriptures‘ to ensure what we are taught is “the truth”.

We never want to close our ears to God’s Word, when we do, we just might miss out on a truth that we never possessed, though we thought we had already obtained it. 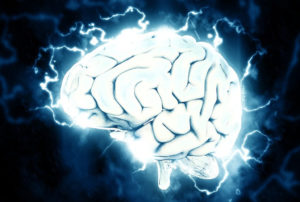 I watched this video the other day with Neurosurgeon Michael Egnor. He explained how scientific studies have shown people have consciousness even when they are clinically brain dead. He explains

Being A Christian Is Not An Instant Conversion, But A Daily Process

“Being a Christian is more than just an instantaneous conversion – it is a daily process whereby you grow to be more and more like Christ.” – Billy Graham

A short video with notes on preparing for the Tribulation and examples in our Fathers Letter spurred by a few comments on our site.

Wouldn’t their Scriptures have been The Old Testament, proving again that we are not supposed to throw it out and be ‘New Testament only’ Christians?

No, that is not what I am talking about.

Connie, I do not intend for this to sound rude, but you have just provided a prime example here. The finger-pointing game. “They are wrong and we are right.”

My point is Christians, that would be all of them, I am talking about the Christian faith, and the beliefs each individual has, everyone’s personal belief.

When we study the Bible we always need to evaluate what we are taught, I do not care who is doing the teaching. We need to study as the Bereans. Maybe re-read the article and hopefully, it will help you.

Fantastic study!
Thank you for highlighting both “they received the word with all readiness of mind, and searched the scriptures daily”.