Of all the images we find of our solar system, not one of them is to scale. In this video, these gentlemen travel to the desert and create a model of our solar system. They scale the earth to the size of a marble, which means the radius of the solar system from the sun to Neptune is 7 miles long!

Our Solar System And Universe

Watching this video, and seeing the earth from afar shows just how amazing and unlikely our world really is.

Could the universe have created itself, including all matter, forming the stars, moon, and earth, not to mention life?

That would be impossible, yet many hold this belief. For those who consider the former thought, think about and take notice of the way the planets move in a circuit around the sun. Contemplate how the earth not only revolves around the sun, but spins.

Could the universe have also created these motions and gyrations all on its own, at random?

If our universe was created by itself, at random, such harmonic movements would not exist. In our solar system, we do not observe randomness, but rather design and precision that ensures our planet stays well heated, but not too hot, and ensures it does not collide with other plants as well.

What has been described, by definition, is a well-crafted design that took a designer, God the Creator of the universe.

Isaiah 42:5
Thus saith God the LORD, he that created the heavens, and stretched them out; he that spread forth the earth, and that which cometh out of it; he that giveth breath unto the people upon it, and spirit to them that walk therein. 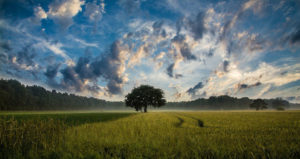 Christianity: Is Your Truth “The Truth”?

How many times have you tried to tell someone something about God’s Word and the people close their ears? I mean, it sounds just a little different than what they 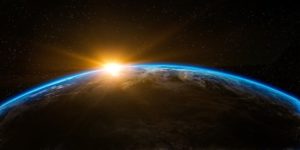 Yesterday, after we completed our family Bible study in the book of Joshua, I stepped outside and found my children waiting for me. My daughter asked me, “Daddy, what do you

Tom here, I look forward to seeing the creator of this. I can only imagine.

You and me both.

I have more material along these lines that I want to share with all of you. Some of the things troubled me a bit in my search to find answers last year. I was in awe of the things we discovered in nature, and just seeing things up close. Yet, certain things just cannot be answered, by the Bible, or man. It was then that I found a Scripture that explained why, which provided me with comfort. I realized in that moment…

One day, I will have my answer, one day I will see God, and I know He will provide me, and everyone, with the answers to the questions we have had for so long. Today, is another step closer Tommy.

Hebrews 8 :10-13, The new covenant that few ever talk about, says GOD will teach us. So read the Bible, seek and have God as your teacher, that is some strong thoughts. When I am watching nature he teaches me more than I can handle. your Buddy