This interview was conducted 35 years ago and provides a glimpse into the four stages of mass brainwashing used by the KGB. Of course, these brainwashing techniques come from far higher up the latter than the KGB.

Yuri Bezmenov explains, as people are conditioned they are no longer able to recognize truth, even if it is placed right before their eyes. We have discussed this many times in the past.

This massive level of brainwashing is all apart of gloablist agenda which is being orchestrated by the synagogue of Satan.

Here are three intriguing quotes from the video:

“They are programmed to think and react to certain stimuli in a certain pattern [alluding to Pavlov]. You can not change their mind even if you expose them to authentic information. Even if you prove that white is white and black is black, you still can not change the basic perception and the logic of behavior.”

“As I mentioned before, exposure to true information does not matter anymore,” said Bezmenov. “A person who was demoralized is unable to assess true information. The facts tell nothing to him. Even if I shower him with information, with authentic proof, with documents, with pictures; even if I take him by force to the Soviet Union and show him [a] concentration camp, he will refuse to believe it, until he [receives] a kick in his fan-bottom. When a military boot crashes his balls then he will understand. But not before that. That’s the [tragedy] of the situation of demoralization.”

“Most of the American politicians, media, and educational system trains another generation of people who think they are living at the peacetime,” said the former KGB agent. “False. United States is in a state of war: undeclared, total war against the basic principles and foundations of this system.”

PrevPreviousScientists Call For Population Control In Order To Save Earth
NextWill Hypersonic Weapons Destroy Us All?Next 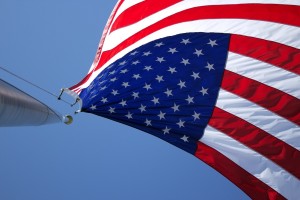 Our world grows darker by the day. Not only are lies and deception reigning supreme, so is Satan and anything that relates to him. May 2014 Harvard hosted a “reenactment”

You see how this works? The radicals started riots over so-called “racism” and within just a couple weeks this transformed into removing anything that displays our countries history. We talked

Seattle Mayor: ‘We Could Have the Summer of Love’ – We Have Four Blocks That Are ‘More Like a Block Party’

WEB Notes: Read this one from the source. Parts of Seattle have been taken over by radicals. Seattle’s Mayor proves she is a left-wing revolutionist and has no place in

WEB Notes: If government does not stop the riots, Americans will. I am not saying this is right, I am saying what is going to happen. People can only take

Riches profit not in the day of wrath: but righteousness delivereth from death.
Proverbs 11:4
Subscribe
Login
5 Comments
Newest
Oldest Most Voted
Inline Feedbacks
View all comments

I am so glad i had viewed this video again. youtube took some of his video’s down for hate speech, but it is just a matter of time before they take everything down that has to do with truth!

Wow! That’s quite an insightful bit of footage.

Glad you enjoyed it Aussie.

I remember watching this years ago, and recently thought. Why have I not shared this with our readers!

What is the video you are referring to Brandon? I would love to watch it!

Hey Barbara. The video should be appearing for you at the top of the post with the picture of the guy. There should be a play button right in the center…