The Truth About the Federal Reserve

WEB Notes: The following is an email I sent to some people in my personal life. The content will benefit our readers, that is why we are sharing it with you. The subject matter concerns the Federal Reserve being a private entity, NOT an entity of the Federal Government.

I do not intend for you to take my word, but just a couple of years ago the Fed in fact said they were private on their website. I see the verbiage has been changed and much of it has to do with the suites that have been filed against the Fed.

You may recall TARP (Troubled Asset Relief Program). The Fed created $2 trillion dollars which we all later found out was really $16 trillion dollars (that we know about) and bailed out not just banks from our nation, but banks from the entire world. This was all mainstream news, but in case you forgot we will document it. (Now ask yourself, why was this central bank a supposed government entity giving our tax dollars to foreign nations?)

The suites were brought on by Bloomberg who placed a Freedom of Information Act (FOIA) request on the Fed to find out where the bailout money was going. The gist of it is the Federal Reserve said, ‘well we do not have to tell you because we are not a Federal entity’. How about that.

Now let us document the Federal Reserve is in fact a private entity.

“While the Fed’s Washington-based Board of Governors is a federal agency subject to the Freedom of Information Act and other government rules, the New York Fed and other regional banks maintain they are separate institutions, owned by their member banks, and not subject to federal restrictions.”

With respect to the suite, Bloomberg LP v. Board of Governors of the Federal Reserve System, 08-CV-9595, U.S. District Court, Southern District of New York (Manhattan). Bloomberg reported the following,

“The Federal Reserve Bank of New York … runs most of the lending programs. Most documents relevant to [a freedom of information lawsuit filed by Bloomberg news] are at the New York Fed, which isn’t subject to FOIA law, according to the central bank. The Board of Governors has 231 pages of documents, to which it is denying access under an exemption for trade secrets.”

Former Chairman of the House Banking and Currency Committee Charles McFadden once said on June 10, 1932,

“Some people think that the Federal Reserve Banks are United States Government institutions. They are private monopolies which prey upon the people of these United States for the benefit of themselves and their foreign customers…”

Those who make monetary policy not just for our country, but for the world.

Does it not make you wonder why Iran and Syria are constantly labeled the enemy?

Thomas Jefferson knew who was behind the banks even in his time, he once said,

“I believe that banking institutions are more dangerous to our liberties than standing armies.”

And he was right.

I want all of you to think and ask yourself how could the entire world all collapse at the same time (think 2008)?

How could this happen?

If you do some research on the BIS you will start to gain some understanding.

Who did this benefit?

Surely not the American.

“Let me issue and control a nation’s money and I care not who writes the laws.”

Jefferson knew exactly what that meant didn’t he?

If you want to learn more about the banking system I would highly recommend this documentary: The Money Masters

Thank you for your time,
Brandon T. Ward 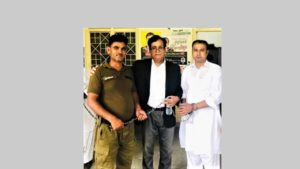 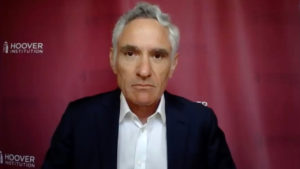 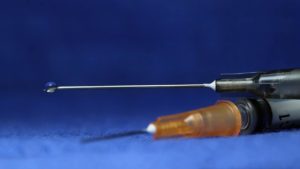 COVID-19
Medical Journal Recommends Loss Of Employment For Refusing COVID-19 Vaccine
Study to shew thyself approved unto God, a workman that needeth not to be ashamed, rightly dividing the word of truth.
2 Timothy 2:15
Leave A Comment
Subscribe
Login
3 Comments
Inline Feedbacks
View all comments
wpDiscuz
Share this ArticleLike this article? Email it to a friend!
Email sent!