As we have discussed, we must understand history in order to understand the future. In this interview (video below), you will learn the Director of the Center for Disease Control (CDC) in the 1970s launched a national vaccination campaign, all without any confirmed cases of the Swine Flu anywhere in the world.

As discussed in the video, doctors explained to the CDC Director the Swine Flu vaccine had caused neurological disorders, yet, the director denied the allegations in this interview. So we are left to decide who was lying, the doctors or the CDC Director…

To make matters worse, the CDC Director pushed an ad campaign on the American people to encourage them to receive the vaccine. A vaccine that had never been “field-tested”. This ad campaign featured the names of heads of state, sports figures, and actors. Their names were used as if they had received the vaccine when in reality, some did not.

This psychological warfare led 43 million Americans to go receive the vaccine. As a result, over 4,000 Americans suffered neurological disorders due to the Swine Flu vaccine. Lawsuits were then filed against the United States Government. You will watch interviews with Americans like yourself explain how they thought a vaccine was the right choice, yet it left in one case, a lady permanently damaged for life. You will listen as the husband blames himself for pushing his wife to receive the shot.

Let this video and past history be another example that our government has lied to the people, even concerning the dangers of vaccines. Yet, they still push and press it upon the American people all while laying guilt trips on us in order to make us comply.

Watch the video through the end, you will be presented with commercials that aired during the Swine Flu panic of the 1970s. Those commercials were funded by our government, and they were designed to get the American people to accept the jab.

The government did it before, and they are attempting to do it again as we witness the current Coronavirus Pandemic.

We are all familiar with Swine Flu, many of us recall the Swine Flu Pandemic of 2009 that killed 12,500 Americans. This article explains some Americans who received the Swine 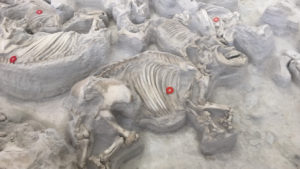 Why Are Rhino Fossils In Nebraska?

I have always been fascinated by our planet and learning about its history and constant state of change. This fascination led us to Ashfall Fossil Beds State Park in Nebraska. 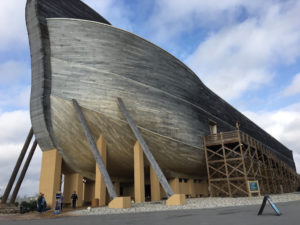 The Ark Encounter Is A False Teaching

We had the opportunity to visit The Ark Encounter which is a replica of Noah’s Ark located in Williamstown, Kentucky. I have been eager to visit the attraction since its 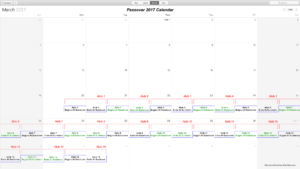 Just before the passover of old, the Israelites would take a lamb “without blemish, a male of the first year” and kill the lamb in the evening which is the

Cast thy burden upon the Lord, and he shall sustain thee: he shall never suffer the righteous to be moved.
Psalm 55:22
Subscribe
Login
5 Comments
Newest
Oldest Most Voted
Inline Feedbacks
View all comments

I tell ya folks…this speaks volumes. The enemies of God KNOW how to push your buttons, and they’re very good at it. When this was first broadcast, the strategy was to get you to doubt your government….But they also saw how we reacted to fear. The K’s, who really control your government, have this weakness of telling you how they’re messing with you….And yet you still fall for their tricks. You wanna doubt me? Mike Wallace? Total Kenite….look it up. They’re playing an old trick on you, and it’s working brilliantly for them. Be wiser than the serpent. Excellent find, Brandon…

These evil people control both sides of the argument. We have been telling people that for years and years. They play both sides, they rile us up and we fall for it every time. I am preaching to the choir, I know, but some are new to this choir, a lot of new choir members and we thank God for it.

Is it possible for “Forward To” be added at the end of your World Events and the Bible articles as I do enjoy them and will like to share some of them.
Thanks

Yes! At the end of every article you will see this image

. Click it, and you will be able to email as well.