Anger Is For Fools

Ecclesiastes 7:9
Be not hasty in thy spirit to be angry: for anger resteth in the bosom of fools.

Such an easy verse to remember and recite when times are good, but it’s quite another to apply this verse when life and our world turns upside down.

Look, there is no sin in being angry or upset, after all, anger is a human emotion. However, it is quite another thing to stay angry and even act on that anger.

When we act on anger, that is when we become like the fool. When we act on anger, we are not thinking through a situation, we are more or less acting on animal instincts. Instead of thinking, we are reacting. Sometimes, the enemy will attempt to anger you so you react a certain way.

Always calculate your reaction and never act out of anger. People who do act out of anger typically always regret their actions later, after they have had time to calm down and think things through.

Let’s talk about this word “angry” which can even mean “rage” and rage means,

“Uncontrollable anger” has no place in a Christian’s spirit.

Yet, as the days go by, more and more people become quick to anger, they do not think through a situation before reacting. Due to that, they harm themselves, their families, and communities. This is another sign indicating humanity’s moral compass is spinning out of control, (2 Timothy 3:1-5).

PrevPreviousJesus Has Prepared A Place For You

The Fear Of Man Brings A Snare

The words of men always seem to instill fear in us which brings about a snare being a trap. Yet, God’s Words always bring confidence, security, and hope. 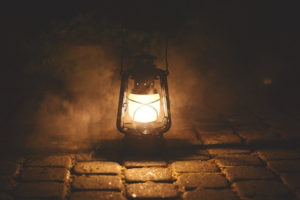 Thy Word Is A Lamp Unto My Feet

Psalms 119:105 Thy word is a lamp unto my feet, and a light unto my path. While waiting at a stoplight the other day, we noticed a lady walking her 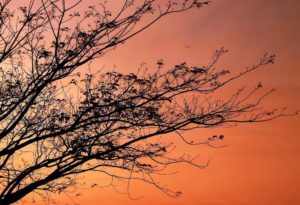 Live For Today, Plan For Tomorrow

Proverbs 27:1 1 “Boast not thyself of to morrow; for thou knowest not what a day may bring forth.” These are such important words to remember and live by. We 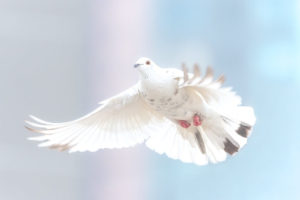 Yesterday we had the opportunity to see one of my ol college buddies and his family. We had not seen him and his wife in about 10 years, and it

Please my heart is hurting. I became angry be with my husband last night and told him I want to separate. He does not spend time with me like we used to, he does not communicate with me and we have not been intimate for quite awhile. I don’t know what to do I wanted to separate because I don’t want to get angry anymore. We are living with his parents and he tells them everything and every move we make, I tell him I don’t like it but he doesn’t listeñ. This causes confusion.

We come UNITED AS ONE in Prayer for you, dear Sister Hope Ross-Ellis…for our LORD’S Divine Intervention according to HIS WILL is at the Forefront in your hurt and trials, and may HE bless, lead, guide, direct, touch, prosper, heal, protect and comfort you, as needed…in Christ Yeshua Jesus Precious Holy Name…
AMEN!

The Lord provides help to the hurting through His Word. When pain or tragedy strikes, believers must learn to lean on and trust in God’s Word. There’s hope and strength when we begin to build our faith on the SOLID TRUTH. Take Comfort in the following Scriptures & Promises our dear Sister…

Psalms 34:18 “The LORD is nigh unto them that are of a broken heart; and saveth such as be of a contrite spirit.”

Psalms Chapter 91:1-2 “He that dwelleth in the secret place of The Most High SHALL abide under the shadow of The Almighty. I WILL say of the LORD, He IS my refuge and my fortress: my God; in Him WILL I trust.”

Psalms 147:3 – He healeth the broken in heart, and bindeth up their wounds.

Jeremiah 29:11 – For I know the thoughts that I think toward you, saith the LORD, thoughts of PEACE, and NOT of evil, to give you an expected end.

Psalms 147:3 – He healeth the broken in heart, and bindeth up their wounds.

Psalms 34:18 – The LORD [is] nigh unto them that are of a broken heart; and saveth such as be of a contrite spirit.

“Trust in The Lord with ALL your heart and lean NOT on your own understanding; in ALL your ways submit to him, and He WILL make your paths straight” (Proverbs 3:5-6).

“Be strong and courageous. Do NOT be afraid or terrified because of them, for the Lord your God goes with you; He will NEVER leave you nor forsake you” (Deuteronomy 31:6).

“And we KNOW that in ALL things God works for the GOOD of those who love him, who have been called according to HIS purpose” (Romans 8:28).

Phillipians 4: 6-7 “Be careful for nothing; BUT in every thing BY prayer and supplication with thanksgiving let your requests be made known unto GOD. 7 And The PEACE of GOD, which passeth all understanding, SHALL keep your hearts and minds through Christ Jesus.”