How Did Life Repopulate Earth After Noah’s Flood?

When we consider the possibility of Noah’s Flood being global, we have to ask ourselves, how did life repopulate earth after Noah’s Flood? The Bible never states insects, plants and animals left the mountains of Ararat, and traversed the entire earth. In this Bible study, we are going to discuss the actions Noah and the animals took after leaving the Ark.

How Did The Animals Survive After Leaving Noah’s Ark?

The Bible tells us, after 5 months adrift on the Floodwaters, Noah’s Ark came to rest on the mountains of Ararat, (Genesis 8:3-4, see: How Did Noah’s Ark Land On The Mountains Of Ararat?). Another 7 months would pass until God told Noah to open the door of the Ark, (Genesis 8:13-17).

God had now given Noah permission to open the door of the Ark and leave with his family.

TABLE OF CONTENTS
How Did Life Repopulate Earth After Noah’s Flood?

God simply told Noah to release the animals from the Ark so “they may breed abundantly in the earth, and be fruitful, and multiply upon the earth.”

Now, if the entire earth was destroyed by a global flood, how could the animals “breed abundantly, be fruitful and multiply”?

God’s Word clearly states, “every living substance was destroyed” by the Flood, and “Noah only remained alive, and they that were with him in the ark”, (Genesis 7:23). If Noah’s Flood was global, this means all life (including seeds) outside of Noah’s Ark perished.

If that were true, the circle of life would have ceased across the globe.

Had the globe been inundated in a massive flood, the animals on Noah’s Ark would have starved to death after leaving on their own.

The only way the animals could have survived after a global flood, is if Noah kept them inside of the Ark to prevent them from running off in the search of food and dying.

What Did Noah Do After The Flood?

Genesis 8:20
20 “And Noah builded an altar unto the LORD; and took of every clean beast, and of every clean fowl, and offered burnt offerings on the altar.”

Noah was busy building an altar, and preparing a very large sacrifice to present to God.

What did Noah do after building the altar?

Genesis 9:20
20 “And Noah began to be an husbandman, and he planted a vineyard:”

Nowhere do we read that Noah continued to take care of the animals from Ark. Instead, Noah was moving forward with his family, and he planted a vineyard.

How Did Life Repopulate Earth After Noah’s Flood?

Since a global flood would have destroyed all life on earth; every insect, plant (seed) and animal, it becomes very apparent, the animals leaving the Ark would have died due to starvation. This alone proves Noah’s Flood was not global.

Yet, we are going to entertain the thought one more time…

How did insects, plants, and animals traverse the earth from the mountains of Ararat, and end up on the continents and islands of the world today?

They explain the animals made it to the various continents as people took them there.

If we are going to entertain such theories, then we should understand the common misconception is all races came from Noah and his family, and they alone existed after the Flood. Of course, this is not true for the same reasons outlined in our Bible study, “Did We All Come From Adam And Eve?”

Yet, their impossible theory would have us believe Noah’s family had a new life mission, to transport insects, plants and animals across the earth and re-start life. This is an absurd notion that cannot be documented in the Bible or nature. In case you forgot, Noah took root in the land, and planted vineyards after he left the Ark.

Nowhere in the Bible do we find God telling Noah or anyone else to take insects, plants, and animals back to their respective continent and island.

This is where more theories come in…

Some young earth creationists believe the oceans were 180 feet lower than today. They believe “land bridges” could have existed that would have enabled the animals to travel themselves.

Of course, this is another theory filled with guesswork and conjecture and not based on any valid logic or Biblical evidence.

In fact, there is no evidence to support the notion the oceans were 180 feet lower during the time of Noah, certainly not after a global flood. Even if this were true, it would not explain how Polar Bears, Grizzly Bears, Kangaroos, Penguins, and tens of thousands of other species managed to migrate away from the mountains of Ararat, and leave no descendants across the massive continent.

Nor would it explain how animals made it to various islands and continents like Australia, which young earth creationists have no answer for, simply stating, “they got there somehow”.

Many Plants And Animals Are Confined To Their Environment

The next thing we should understand is God created a very diverse mix of plants and animals on the earth. Some like the cold, some like the heat, and some can only survive in very specific environments.

Alligators are a great example. God essentially placed a boundary on these creatures, (only found in southern United States and China’s Yangtze River valley). Everyone in the south knows alligators only travel so far north.

Alligators do not like cold weather, while it is possible for them to survive for short periods of time in water as cold as 40 degrees, they certainly cannot breed, much less thrive in those environments. In fact, when the temperature drops, the metabolism of an alligator slows down and they enter a state known as “brumation”.

Meaning, alligators are cold-blooded, which means their environment dictates their body temperature. If the environment becomes too cold, so will their body, and they will perish. .

Now consider the American crocodile which only lives in the southern most regions of Florida. Unlike alligators, crocodiles cannot survive in cold water, as a matter of fact, they will die if the water temperature reaches 45 degrees.

Is it possible then, for crocodilians to have climbed down the mountains of Ararat, crossing desert sands, to swim in saltwater oceans which alligators cannot survive in, to the southern United States?

Instead, we only find these creatures in the environments God created for them.

We are going to look at one more creature called, dismalites. These are tiny bioluminescent creatures, fly larvae to be exact. These “glowworms” require a very specific habitat to survive in and are only found in a few places in the southern United States. They are popularly known to live in a northwestern Alabama canyon named, Dismals Canyon.

We are told these insects require,

A select habitat to survive: humidity to prevent it from drying out; hanging surfaces to allow it to build sticky webs to trap the food; an adequate food supply of insects; a still atmosphere to prevent lines from tangling; and darkness to allow it to show a light.

The environment for these creatures is so specific, it is impossible for them to survive elsewhere.

I will say it again, is it possible then for dismalites to have slithered and flown down the mountains of Ararat, crossing desert sands to swim and fly across the ocean to make their home in the southern United States?

Again, the answer is no.

God Placed Boundaries On The Animals

We have only provided three examples of creatures confined to their environment, yet it becomes very obvious, God placed boundaries on the insect, plant and animal kingdoms. Scripture will not document that for us, but nature and common sense certainly do.

We could seek out thousands upon thousands of examples where life only exists in unique swamps, deserts, and mountain environments. These are things we can observe with our own eyes.

The point is very simple.

When we consider the Bible, and the history of our world, a global flood becomes impossible to believe. In fact, the only evidence pointing to a global flood is the translation of the Hebrew word “‘erets” as “earth”, though this word is translated as “land” twice as many times, (see: Was Noah’s Flood Global?). This mistranslation was made due to the unsubstantiated belief of the Bible translators, not because the manuscripts dictate it.

As Christians, we need to use the Bible as our guiding light, but we must also use common sense, logic, and critical thinking to ensure when we accept a Biblical doctrine, it properly aligns with the rest of Scripture, and the world around us.

Our Heavenly Father does not need us to come up with excuses to prove the events in Scripture. He simply needs us to remember, it was translated from ancient languages, into English, by men. 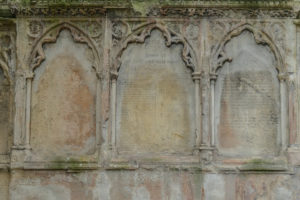 God wrote the Ten Commandments on two tables of stone and gave them to Moses on Mount Sinai to establish His Laws with mankind, (Exodus 34:28, Deuteronomy 4:13, 10:4). The 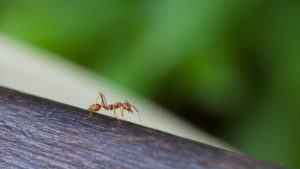 Preparing Our Households For The Tribulation

God has made it abundantly clear, we are to prepare for the Tribulation. Our Lord and Savior Jesus Christ told us the Tribulation would be like the Days of Noah. 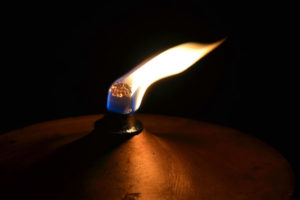 The Oil Of The Ten Virgins

The Parable of the Ten Virgins and their lamps is a study that goes far deeper than many might realize. This parable concerns the Tribulation and the coming of Jesus 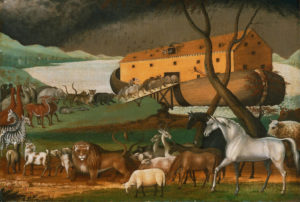 How Did The Animals Fit On Noah’s Ark?

When we consider the possibility of Noah’s Flood being global, many questions arise. We begin to wonder, how did all of the animals fit on Noah’s Ark? Common sense tells 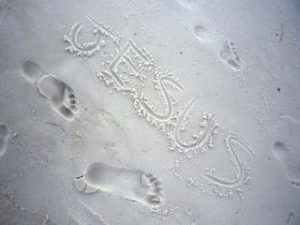 What is the Meaning of Life?

What is the meaning of life? That is a question that has left mankind scratching their heads since the dawn of time. Where do we search to find the answer to